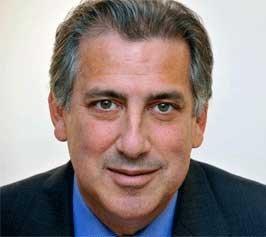 Heralded on the cover of The New Republic as the man who “reinvented campaigning,” Joe Trippi pioneered bringing politics into the digital age and brings an added digital component to the Lincoln Project arsenal.

For decades he and the Lincoln Project co-founders worked against each other in partisan fights. Trippi has worked for Democrats at every level over 4 decades – from Ted Kennedy, Walter Mondale and managing Howard Dean’s groundbreaking presidential campaign in 2004. Trippi has been a media and campaign strategist for dozens of Senate and Gubernatorial campaigns including Jerry Brown’s 2010 comeback campaign for Governor of California and Doug Jones’ historic Senate victory in Alabama, where Jones became the first Democratic US Senator in Alabama in 25 years.

Trippi has served as an on-air political analyst for MSNBC/NBC, CBS Evening News, FOX News and CNN. His weekly podcast is “That Trippi Show”.

He joined the Lincoln Project because “we have to stop seeing this as Democrat vs. Republican. Right vs left. This has to be all of us coming together in a pro-democracy coalition to defeat an authoritarian movement that is using every means to seize power.”